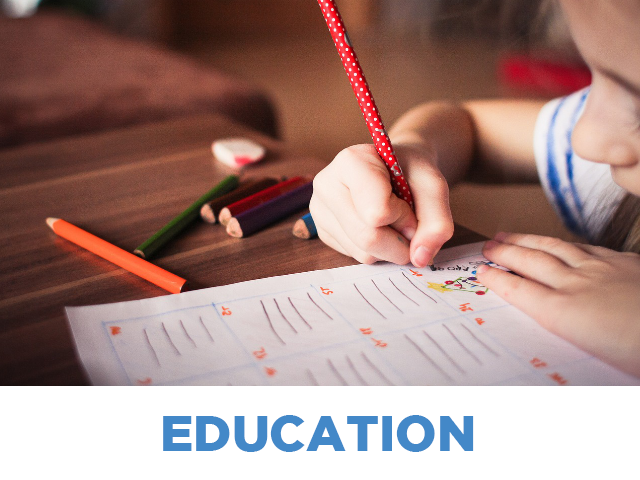 What is the Church of England's stance?

The Archbishop of Canterbury, the Most Rev’d Justin Welby, has categorically declared his support of the government’s Relationships and Sex Education (RSE) statutory instrument, in the face of mounting opposition from Muslim, Jewish and Christian parents, and pro-family campaigners expressing concerns of RSE being used to normalise homosexuality and transgenderism among children.

“The Church of England has been actively involved in the consultation on Relationships Education, Relationships and Sex Education. The Church welcomes the clarity of the guidelines that have been developed and the overarching desire to develop good relationships in children of primary and secondary school age,” the Archbishop’s Correspondence Officer Dominic Goodall noted, replying on behalf of Archbishop Welby to a question from Rebel Priest Media.

“The Church strongly supports the importance of RSE and health education, as a natural overflow of the ethos of faith schools. It is important for children to develop the virtues and values of healthy relationships and to respect the differences in other families,” the email from Lambeth Palace, dated 27 March, said.

While refusing to commit himself to interfaith support for Muslim parents, Archbishop Welby went on to point out how, “In the same light, the Church has supported the right of parental withdrawal of children from sex education in schools. It also welcomes the fact that schools must consider the faith background of pupils and parents in developing sex education. Schools will also teach other faith perspectives within the context of RSE.”

However, Nick Gibb, Minister for School Standards told the House of Commons that “there would be no right for parents to seek their children’s withdrawal from the relationships element of this new compulsory part of the curriculum, either at primary or secondary level.”

This right has been replaced only by a right to request withdrawal at the secondary school level, with the final decision made by the head teacher. At 15, pupils will be allowed to overrule their parents’ wishes.

Pro-family campaigners have challenged the pro-LGBT agenda of RSE. “From the outset it has been clear that the Government intends to use the new compulsory school subjects of RelEd and RSE to promote and normalise same-sex relationships,” a SPUC publication stated.

“In other words, children will have to demonstrate ‘respect’ for the idea and practice of homosexual relationships and not just for the people involved in them. Children will be expected to agree that such relationships, including when they have children, are just as valid, positive and beneficial as those based on natural marriage,” SPUC explained. “Abortion is presented simply as one of the available options during pregnancy,” it added.

Later that day, 538 Members of Parliament voted in favour of RSE despite protests from Muslim parents in Birmingham, Manchester and other cities. The Values Foundation, a coalition of Jews, Christians and Muslims voiced its opposition, with a letter to Education Secretary Damian Hinds, from 140 religious leaders, educators, professionals and school leaders, concerned that RSE would “require every school without exception to teach concepts and values that are completely alien to the great world religions and to the traditional inherited values of this country.”

Muslim academic Dr Katherine Godfrey-Faussett who launched a parliamentary petition against the regulations described RSE as a “totalitarian endeavour.” “Interesting unions are forming within but also across faiths,” she told Rebel Priest. “However, leaders from many faiths are silent. Interfaith alliances should not be a pick and mix approach based on whichever issue is deemed to be of the moment or politically correct to do so,” she said.

London Assembly Member Mr David Kurten questioned Archbishop Welby’s inter-faith commitment. “If Welby’s concern for inter-faith relations were genuine, he would have instinctively supported Muslims who don’t want the minds of their 5-year-old children confused and harmed by explicit information about homosexuality and transgenderism.”

“Welby is either completely ignorant of the explicit and perverse teaching materials which are already being given to our children today, or he is the type of person about which Jesus warns ‘it would better to have a millstone tied around his neck and thrown into the sea,’” Mr Kurten warned.

“The response from the Archbishop’s office makes it clear that the Church of England simply endorses the secular understanding of sex and sexuality,” said Bishop Gavin Ashenden. “It seems ignorant of the contested and dangerous development that the state will remove the right of parents to withdraw their children. It has chosen to stand with the critics an opponents of Christianity in the struggle over one of the most contested faith issues of our day. It seems to have taken one more step away from being faithful to Jesus in its journey of decline and apostasy,” Dr Ashenden stressed.

The RSE statutory instrument is expected to be approved in the House of Lords this week with almost all of the 26 Church of England bishops voting in favour of passing the legislation. Muslim parents have said they will continue to agitate against the regulations.